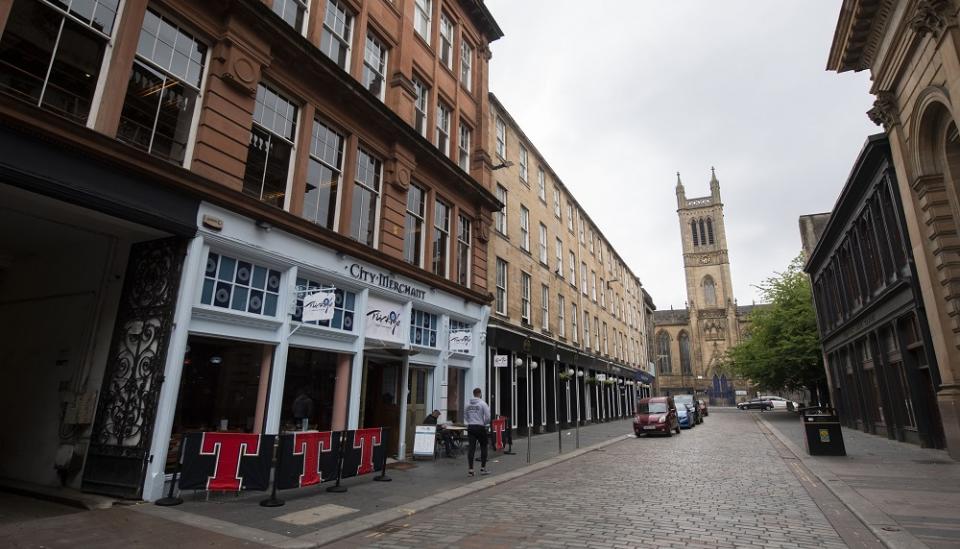 Having initially been awarded a contract with City Property in April 2015 to provide agency services, rent reviews and lease renewals the new contract now has a broader scope including valuation, building surveying and property management services.

Since 2015, Graham + Sibbald have transacted over 145 rent reviews and 410 lease renewals on behalf of City Property. Some notable transactions include Domino’s Pizza, Lloyds Pharmacy, DoubleTree by Hilton and the Co-Operative Group.

As part of the agency services, around 240 new lettings have been concluded by Graham + Sibbald over the length of the initial contract with a further 40+ now under offer. In 2019, both organisations saw 70 lettings conclude which averages to one letting every three working days.

Most notably, Graham + Sibbald, in partnership with City Property (Glasgow) LLP, brought to the market the Old High School Complex which recently went to a closing date with a preferred bidder expected to be announced shortly.

Terry McFarlane, Head of Retail, Graham + Sibbald said: “We are delighted to have been awarded the renewed City Property contract having worked with them since 2015. The scope to include a wider selection of our service offering will allow us to deliver the highest quality service and meet the expectations of our Client.”

Richard Watson, Commercial Group Manager for City Property said: “City Property are very happy to be able to award this new contract to Graham + Sibbald. Over the past few years we have built up a solid and productive working partnership, which we are now able to build on over the coming years to further enhance our commercial portfolio.”

Graham + Sibbald are currently marketing 39 properties for lease on behalf of City Property within Glasgow, the details of which can be found via their website.